Bitcoin is the world’s first cryptocurrency, and has been very popular over the last year. A lot of people are still using BTC to make a lot of money, in many different ways. Well, let us explain in detail. Bitcoin buys, sells, and exchanges goods & services. It is a peer-to-peer currency, and there are no banks involved. Bitcoin transactions are electronic and you can use it to buy and sell things online in a few selected retail stores. There are Bitcoin ATMs that can change your Bitcoin into your local currency. Bitcoin remains the largest cryptocurrency by market capitalization throughout its decade-plus history.

How does it work?

Bitcoin is decentralized which operates the network all over the world. It makes it much harder for hackers to get access to the network, and hence this proves the security of Bitcoin.

Why the need for bitcoin in the first place?

A key element of bitcoin is its decentralized status, that it is not controlled or regulated by any central authority. Bitcoin payments are processed through a private network of computers which is linked through a shared ledger. Each transaction is recorded in a blockchain on each computer that updates all accounts. The blockchain serves as a distributed ledger and removes the need for any central authority to maintain such records. Bitcoins involve a process of solving complex mathematical algorithms to verify transaction blocks, or they are purchased and placed into a "bitcoin wallet" which can be accessed through a smartphone or computer. 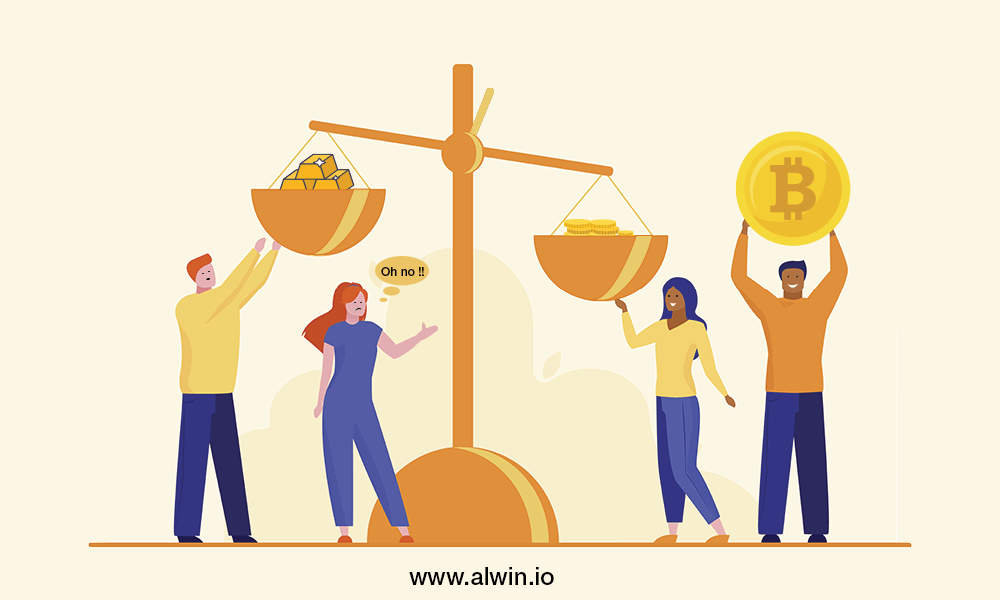 Let's take a quick peek at the few benefits.

Digital currencies can allow users more autonomy over their own money than fiat currencies do. Users are able to control how they can spend their money without dealing with an intermediary authority like a bank or government.

Bitcoin purchases are discrete. The anonymous bitcoin address generated for user purchases can change with each transaction. This is not because bitcoin transactions are truly anonymous or entirely untraceable, but they are less readily linked to personal identity than some traditional forms of payment.

The bitcoin payment system is peer-to-peer, as users are able to send and receive payments to or from anyone on the network in the world without requiring approval from an external source or authority.

There is no account maintenance or minimum balance fees, no overdraft charges and no returned deposit fees, among many others.

The costs of transacting is low, since bitcoin transactions have no intermediary institutions or government involvement. This can be a major advantage. Any transfer in bitcoins happens very quickly, quitting the inconvenience of typical authorization requirements.

Bitcoin users can pay for their coins anywhere where they have Internet access as if like many other online payment systems. This shows that purchasers never have to travel to a bank or a store to buy a product. And, unlike online payments made with bank accounts or credit cards, personal information is not necessary to complete the transaction.

Bitcoin is available to users without access to banking systems, credit cards and other methods of payment, since users are able to send and receive bitcoins with a smartphone or computer.

They implement a self-executing and programmable agreement without the intervention of any third party. Although the actual implementation of this concept hasn’t been truly realized yet, the emergence of bitcoins is slowly and steadily giving momentum to this type of contact between parties.

This is the process in which computers confirm that a transaction has actually happened on the network. Bitcoin mining has all the possibilities of turning into a big business, in itself.

With the existence of bitcoins, next came the virtual wallet technology which allows users to store, pay, and receive their cryptocurrencies from anywhere from the planet.

Bitcoin projections for 2021 from Experts

We strongly believe that blockchain technology and cryptocurrencies are the future. This is why we believe the price of Bitcoin will increase every year. This is what we believe, but we can never know. All we can do is guess and make Bitcoin predictions.

The Saxo Bank predicts that Bitcoin will increase a lot this year. Saxo’s Bitcoin prediction 2021 is they say the Bitcoin price will rise above $60,000 in 2021.

Blockchain Capital partner, Spencer Bogart’s predictions on Bitcoin is exactly that it will increase to more than $50,000. The increase would be due to big investments made by large companies and investment banks.

To invest in Bitcoin, we have a list of the Bitcoin wallets and storage devices. Some of the wallets have more features than others, including the ability to store more cryptocurrencies than just Bitcoin, as well as added security measures. Hot wallets came first, but that does not mean hot wallets are better.

As an emerging technology, we can say that bitcoins have the potential of changing and improving commerce. They make benefits for both the buyers and the sellers.

Hence, we can rightly conclude that early adoption of this technology for a minimal cost is an excellent method for businesses and buyers.

Now you have a greater understanding of how and why the Bitcoin price changes (supply and demand, regulations, news, etc.), which means you know how people make their Bitcoin predictions.